July 26, 1964, Sunday. Man from the Times called and said I won the Miss Culver City Contest.

Some man from the LA Times called. Said he wanted to take pictures of me at the beach. He said I won the contest and Sandy was my runner up. He asked a lot of personal questions. I wanted to hang up on him. He asked about my beautiful figure and my “big bust.” He scared me.  He wants me to go with this guy who can get me in the movies. He offered to buy my formal for $150.00.,,, Sandy, Dianne and I drove to Hermosa Beach. I want to ask Dave Kendal to the Coronation, but don’t know how to find him. Later, I went Formal shopping with Mom. Pearl came by. She was real depressed because nobody remembered her Birthday. 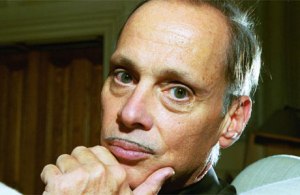 This is how I pictured the Scuzzy Pervert who called and asked me what I was wearing and what my bust size was.  My dad came in and hung up the phone and was furious.  Thank Goodness I had a father who cared.  He watched over me until his death at 82.  He was a tough old WWll guy, nobody wanted to mess with.  I called him the General.  Still it scared me every time a Scuzzy guy came on to me when I was a young girl.