Laid in the sun all day. Then Dianne, Pearl, my sister Donna and her friend Linda K. and I decided to go to the drive-in. But,three of us were going to get in the trunk. Then Linda and Pearl didn’t go. So we got a great idea. Dianne drove into the drive-in alone and Donna and I crawled through a hole in the fence, but I tripped, fell down and ripped my favorite yellow capris.  There was no time to whine…because we had to move fast, get in the car and park. A guy on a bike came up to us and said we had to pay or leave. We were so mad, we said the movie wasn’t worth it and left. But, we came back and all crawled through the fence and sat on the ground and watched the movie. Then we got a real shock when we saw Sandy’s boyfriend, Richard Cavaliere with another girl.   We quickly crawled through the hole in the fence again and ran home to tell Queen Sandy.  She was so mad, she said she was through with him.

With the Miss Culver City Contest behind us, we got back to just being teenage girls doing Summer Vacation.  The Culver drive-in had a hole in the fence and we took advantage of it just for the thrill and fun of it.  Sadly I tripped and ruined my yellow capris, so it wound up costing me a lot more than the price of a ticket.  I guess Crime doesn’t pay. 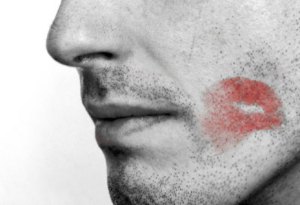 Sandy may have won the Miss Culver City Contest, but now she had to face her boyfriend cheating on her.  I guess every good thing that happens has a price tag on it. (However, Richard and Sandy got married right out of high school.)

Be sure to visit my Beautiful Maybelline Book Blog at http://www.maybellinebook.com/