I was a “Cool Guy Snob” when it came to dating

Marilyn opened the curtains at 8:00.  I had to get up and fix breakfast.  We asked Mrs. Q, our Chaperon, if we could drive to Snow Valley and were surprised when she said yes!  We took a Sled and Skis and 6 girls.  It took an hour to get there and it was boiling hot.  Janie and I were the only girls who didn’t Ski.  We sat around and ate and talked to boys.  We were real snobs.  Told ugly boys not to talk to us, because we were Culver City Snobs.  We were bored.  Two boys took our addresses and telephone numbers.  They talked to us for a long time.  One was  doll, but they were kind of old.  When we left, we lost the sled, but found it, thank God.  We got home late.  Nish got hit in the eye bad  Didn’t do anything at night, because of last night.  I was sick all night. 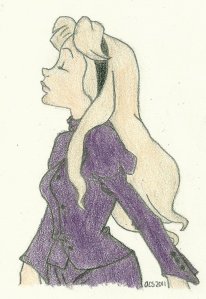 Snob
A person who at the least, gives off the impression of having a superiority complex towards everyone outside his or her social circle with body language and words. Snobs come in many shapes in forms and in just about every style, e.g., Preppy snobs, Artistic snobs, Musical snobs, and even Redneck snobs. Whatever group of snobs someone belongs to, they act like they know everything in that area of knowledge and are less than friendly toward outsiders.
In my case I was a “Cool Guy Snob” when it came to dating….  If a guy came on to me and didn’t meet my “Cool Surfer criteria,”  I was blatantly not interested.  This made me appear Stuck-Up.  I think all my friends were that way in High School.
Visit my Maybelline Book Blog at http://www.maybellinebook.com/