Today in school the girls who received Saffron Tea invitations really kissed up to us. I felt so BIG! Some girls were really hurt, like Donna’s friend Dianne S. and Sharon Bantalon. We voted on inviting Dianne, so after school I made her an invitation, than went to Sandy’s and ate over. Sandy and I have to lose 10 lbs.  I weigh 127. Last year at this time I weighed 117 lbs and I’m 5’4” tall. We delivered the invitations and Sharon started to cry. She was so happy, so was Dianne S. But Pat Brown acted like she didn’t care. We went back to Sandy’s and watched Bewitched and Payton Place. Then I went home. 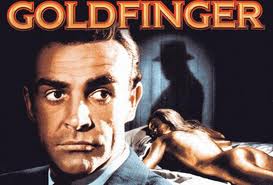 Everyone knows these shows today, but in 1964 when they first debuted they were cutting edge and so much fun to watch. There were no pointy hats or missing teeth when it came to beautiful Samantha (Elizabeth Montgomery) and everyone wanted to be a beautiful good Witch. Payton Place was the biggest rage that ever hit high school and we had to be home in time to watch it no matter what, because it was so sexy. But when Goldfinger hit the theater, Wow, it changed the game-plan entirely for 1964 sex appeal..

Stop by my Maybelline Book Blog at http://www.maybellinebook.com/