Maybe I should forget having an acting career and just get a steady job!

Took test on the book I read, “The Status Seekers,” It was pretty easy. After school we worked on the play, “Home Sweet Homicide.” I took Pearl home after rehearsal. My dad’s cousin, Bill Stroh, from Chicago was here. I didn’t like his personality too much. He acts like he’s so much better than anyone. He gave me some good advice though. He said I should get a good steady job and just do acting as a hobby…Never depend on it for steady money, so I won’t feel bad if I don’t get a part. He’s very strict it seems, and very successful…But he sure doesn’t like Nana very much, (His aunt Evelyn) 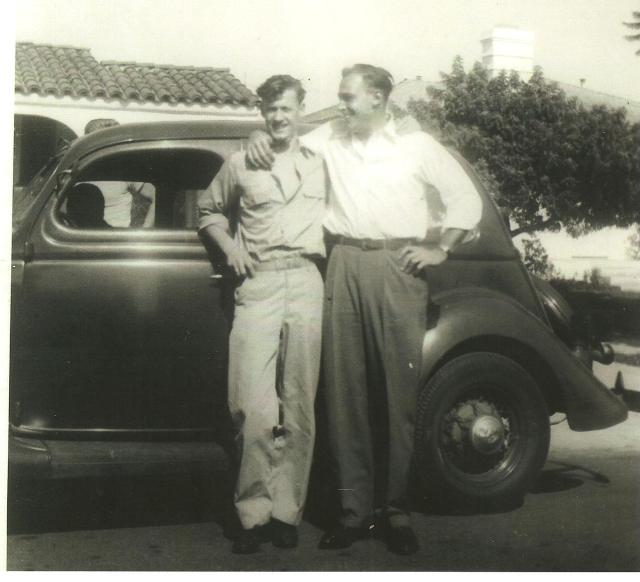 My dad with his cousin Bill Stroh, in California in 1945, right before my parent’s married and my dad was shipped overseas during WWll.  Bill Stroh was my Nana’s, sister Verona’s son, and very close cousins with my dad, when he was a boy growing up in Chicago. 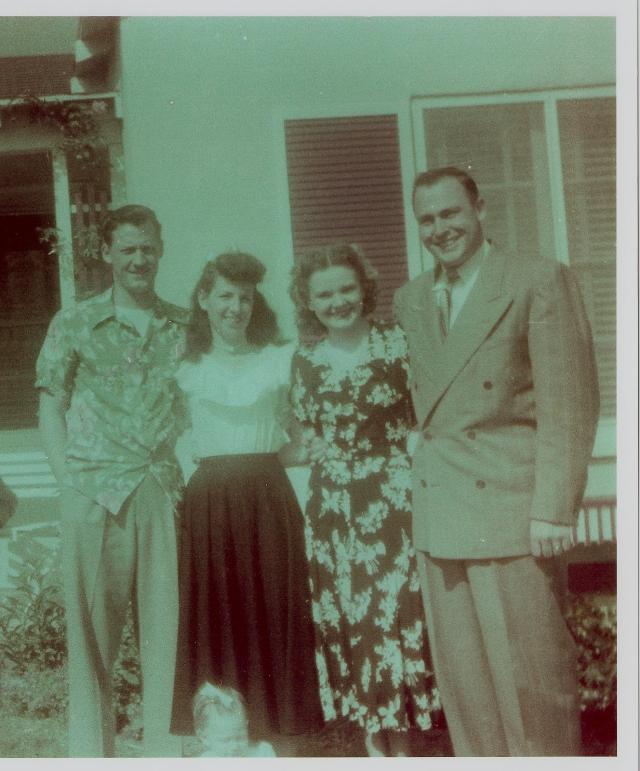 My Dad and Mom, with Mary and Bill Stroh, in 1948, when they visited us in California, (see me on the ground with the bow in my hair.) 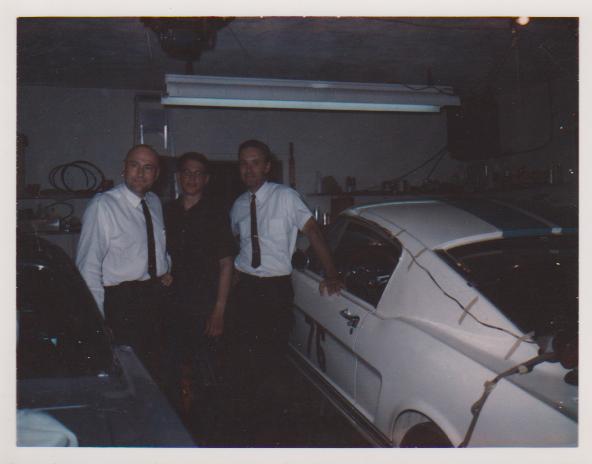 Bill Stroh, with his son and brother in law… standing next to Bill’s racing car, a 1965 GT 350 Cobra, Shelby Mustang.  Bill was a race car driver in Chicago as well as a successful Businessman.  Handsome, brilliant and successful.  I should have taken his advise, but I never really wanted to have a real job!