The Competition was about…..SURFERS RULE vs SAFFRONS RULE

May 18, 1964, Monday. Dave called, acted real nice. Came home after school and laid in the sun to try and get tan. Pam wrote me a letter. I invited her to the Saffron party with her boyfriend Jerry. Dave called, he was in a pretty good mood. He wants me to invite Jim Heath to the party too. Plus, Greg and Phil think their coming. Dave said he would bring me his Senior picture tomorrow at Fosters. I told him he better come, then he blew up and said, “don’t tell me what to do.” He changes one minute to the next. Went modeling. I’m getting tired of having to go somewhere every night. 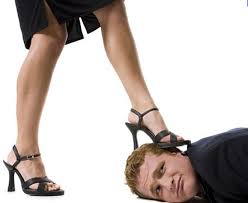 Guy’s don’t like bossy Chick’s.  I guess I was a little domineering and pushy, but it was also my way of being flirty and cute.  I don’t think Dave liked me being too familiar with him.  He liked his space, wanted to keep me guessing. Yet. he sure liked telling me what to do!

The Competition was over…..SURFERS RULE vs SAFFRONS RULE

Buy a beautiful new, glossy signed copy of my book, makes a great Holiday gift for $10.00