Sandy Block and I cruised all over tonight, but we wound up at Tiny Nailor’s in Westchester. At 10:30, we drove by the Westchester Rec. I almost died when I saw that Byron Ferguson’s Band, The Marauders, were playing and I didn’t even know about it!!  We couldn’t get in so, we went back to Tiny’s and my old boyfriend Howard Gertz was there with a girl. I was so embarrassed! He came in and his girlfriend was so ugly and what looks she gave me! There was an accident in front of Tiny’s and all of a sudden the place was full. I was so happy, because Byron came in and talked to me. I’d give anything if he’d ask me out, but he’s still going steady. Mike O’Donnell was there, but he’s engaged. Howard took the girl home and came back and talked to me, but we just snubbed him. Tomorrow is Saffron Hell Night!

It was so much fun having my 57 Chevy to cruise in, because everyone else who was out cruising recognized my car, with the dice hanging on the mirror. That’s how Howard knew I was at Tiny’s and came in to check me out.  I was crazy about him at 15 and 16, but, now all I want Byron Ferguson. 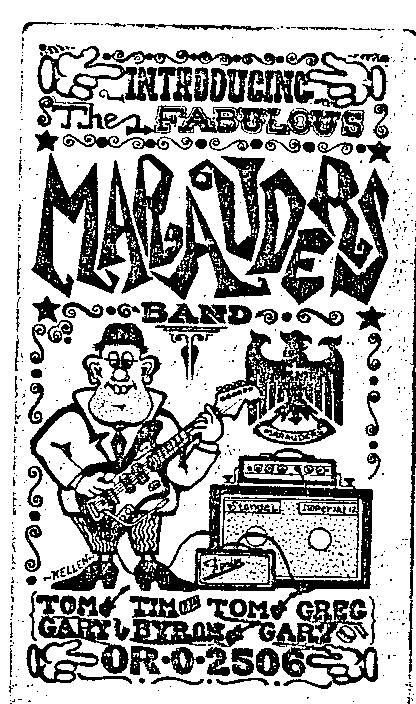 Be sure to drop by my Maybelline Book Blog at  http://www.maybellinebook.com/