Car Crazy Cutie by the Beach Boys was the perfect song, while cruising guys or Puddle Splashing

Went driving with Lauri and her friends. We drove by Lew’s. Three boy’s were standing out front of the house. I went nuts. I would be busted if if they recognized me cruising by their house. Luckily they didn’t know Lauri’s car! I got on the floor as we drove by. They checked Lauri out, but she acted like she didn’t notice. We went to see Ernie. He was mad at me. He couldn’t understand why I wouldn’t dance with him, just because Howard said no. He told me he still loved me. I never loved him, even a little. He said I was two faced, because I make both Howard and him think I’m their girlfriend. Went to Saffron meeting. After the meeting we went puddle-splashing in Angie K’s Station Wagon. Five of us were in the back seat lying down, than she went as fast as she could over big bumps and we flew way up in the air. It was so fun. The car broke down. We had to push it a mile in the rain. When we got it going again we went down Tull Hill and almost got killed when the car spun out in a puddle, it was so fun. 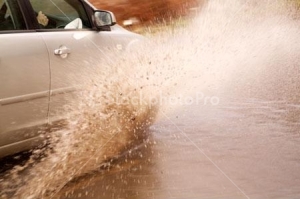 Car Crazy Cutie’s, speeding over bumps in the road… or down hill racing on Tull Hill…That was a favorite pastime on a rainy Sunday night. Especially if we could rip through a puddle, splash water, spin out, stall the car and push the for a mile in the rain.

Splash over to my Maybelline Book Blog at http://www.maybellinebook.com/