Was it uncool to cruise a guy’s house and spy on him.

Came home from Lauri’s and laid in the sun at 11:00. Took my bathing suit top off and laid on my stomach. Dumb kids wouldn’t leave me alone. Came in at 4:30 and was really burned. Called Sandy. She missed Dave and me last night. She picked me up and we went to a dance at school. No one was there so we left and went to two parties. There were no good people there either. We were so dumb…..drove by JB’s for an hour. Parked the car and spied on them. We were so scared we’d get caught, but we didn’t.  Found out Jack was in Jail. 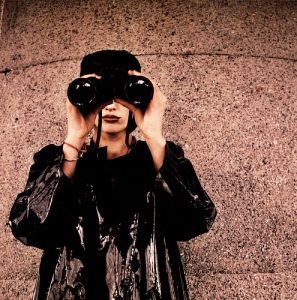 Saturday night, bored and no date.  What else is there to do but spy on your guy right.  I know it was a little obsessive and possessive, but a lot of girls I knew did it in High School.  Today it would be called stalking.

Check out my Maybelline Book Blog at http://www.maybellinebook.com/