Went to the beach but it was cold, so my sister Donna and her friend Teri and I went to Pacific Ocean Park and ate, then took Teri home. Came home. Granddaddy, his new wife Mary and Nana came to dinner. Pearl, Donna and I went to find this party, but it was a Jr High party so dropped Donna off. Went to look for this party in Westchester. Some boys tried to help us find the party, but no luck. Picked Donna up. Went to another party, but it was crummy. Five more boys told me I was a snob. I don’t care because I’m so unhappy and hate everyone. Pearl and I collected all the coke bottles and left. We made 37 cents. Why can’t I find a boyfriend? 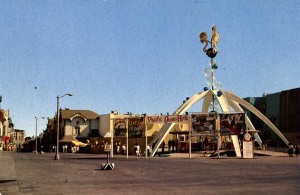 Pacific Ocean Park – POP http://pacificoceanpark.tripod.com/ If you grew up in the Los Angeles area in the 1960s, you  remember going to POP as a kid.

It was right at the Santa Monica Pier and you could go in and buy soft serve ice cream and fun food, before having to pay to go inside the Park.  So, hanging out on the beach all day and going to POP for food was easy. Which was how we liked it in 1964, fun and easy.

WELK’S SHOW WAS SEEN WEEKLY ON KTLA-5 FROM THE ARAGON BALLROOM in Pacific Ocean Park.

I remember going to POP to see Fabian when I was in Jr High School.  The host came right up into the audience and stuck a microphone in our face and asked us what we thought of Fabian.  Of course my friend Lauri and I made a big deal about it, but I wasn’t into him that much, it was just so exciting being on TV. 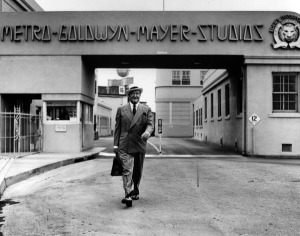 Sometimes I think just living in LA and being around MGM and Hollywood, gave people an air of snobbery without even realizing it.  Everything was so magical in 1964.  It was like living in a movie with romantic background music constantly playing on the radio.  There was no MTV or videos, to remind us of that era, instead when we hear a song from the 60’s,  we have our memories to remind us of what fun it was being young, beautiful and living the California Dream.

Be sure to visit me at my beautiful Maybelline Blog http://www.maybellinebook.com/