I’m not interested in the rich boy at the estate across the street. Hope he doesn’t bug me.

Made my mind up, I wasn’t going to school today. Got up late, got dressed and left the house at 10:30, but didn’t go to school, instead went to Shelia’s. She’s pretty fat and wide, but feels great being pregnant. We drove to Toes, then to Malibu and back.   Went out to lunch at Roberts, then to Ed’s. We picked up Sharron and Kathy at school and went to Joanne M. (she has a new baby.) We couldn’t find her house so we went home. The school called but only Daddy answered, so I’ll get out of it. Felt sick so I went to bed. School was kind of mad I wasn’t home when they called. 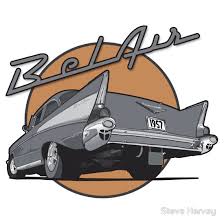 Instead of going to school, I picked up my friends in my 57 Chevy and cruised Playa Del Rey to Malibu, listening to music on the new radio. You could hear us coming with the widows down blasting ‘Run Away” so loud my speakers almost blew out.

Had to go to school. Got there early. Got out of trouble by telling them I had just gone out with Mommy, and Daddy didn’t know we had left. It was good to be back. Told everyone about Lew’s band not being able to play for our dance. They were shocked, but we got the “Esquire’s.” They are playing for the Ja’Ketts Saturday…for the Hula-Hop. Sure hope our dance is as good. Hope Westchester kids come. They’ll probably start a fight or dance dirty. After school came home. Fire Engines were going up our street and I stood outside watching, when the guys from the Estate across the street asked if I wanted to go after them, I said no. Donna and I went inside their Estate and saw all the animals. The boys are Car Feigns. Hope they don’t bug me, (annoy me,) because I’m not interested in them. Went to the meeting, than to Fosters and home. 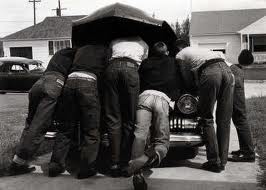 I wasn’t interested in Car-Guy Culture, so even though the kids in the big Estate across the street were rich, they weren’t Surfers, so I shut them down, so they wouldn’t bug me.

THE BEACH BOYS- “SHUT DOWN”

Cruise over to my Maybelline Book Blog at http://www.maybellinebook.com/